Coined from a cyberpunk novel in the ‘90s, the metaverse has been the crux of tech industry discourse. 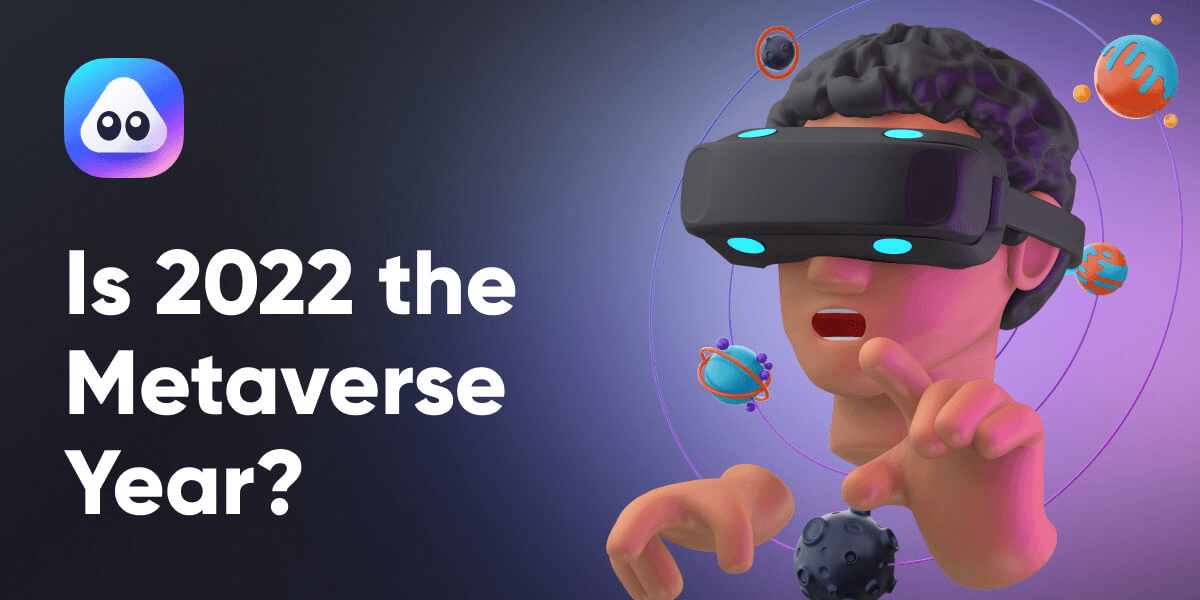 This year, the metaverse has been the poster word of most tech and crypto websites. Tech analysts have been theorizing the next iteration of the internet, an idea where users get to interact and live many lives (with avatars) in a non-physical world. This abstract term, often traced to a dystopian novel in the early ’90s, has become the highlight of the tech industry discourse, thanks to big institutional moves, including the Facebook rebrand and Roblox’s initial public offering.

Of course, every frontier in tech offers opportunities to propel humanity forward and ultimately make lives easier. But, on the flip side, solutions must be critically examined, and from the investor’s perspective, the prospect is what matters, and this piece briefly looks at the potential outlook for the metaverse in 2022.

What is the Metaverse?

Defining the metaverse is quite complicated, since it doesn’t exist yet. In attempts to narrow things down, people tend to conflate the metaverse with existing immersive tech such as virtual reality (VR), augmented reality (AR) and mixed reality (MR). VR headsets have been with us for a while, and, of course, we do love our Oculus Quest 2, which is now called Meta Quest 2, by the way. AR (think Snapchat’s dogs and Niantic’s Pokémon Go) has also taken off, and we see more utilities with MR. These technologies extend reality by immersing users in a digital environment with applications in numerous domains.

The Race to the Metaverse in 2022: Developments and Investments

As with any new frontier, there is usually a lot of buzz in the air. The metaverse is currently at the heart of its hype cycle, as evidenced by investments and the acquisition of human talents.

Investments are key to the growth of any sector, and we are seeing some groundwork in acquisitions and fundings already. For example, Microsoft recently bought Activision, the gaming company, in a $68.7 billion deal. The purchase gives them IP rights to notable games, including Minecraft and Call of Duty. Grand Theft Automakers also recently announced that they acquired FarmVille maker– Zynga in a $13 billion deal. Key VCs recognize potentials as well. SoftBank, for example, invested up to $150 million in a South Korean metaverse company recently.

Big techs like Meta and Microsoft are working overtime to get ahead of the curve and snatch that first-mover advantage. Aside from Facebook’s complete rebranding to The Meta Inc, chipmaker Nvidia has also launched Omniverse— a metaverse project to allow creators to simulate projects in an online platform. One of their participants is BMW, the automobile company. Crypto-native projects like Axie Infinity and The Sandbox are also setting sights on metaverse dominance as they keep introducing more features in their virtual worlds.

It is clear that more people now see the metaverse as the next evolution of the internet— one that will probably pivot a much bigger shift in human interaction and behavior than the dot-com web.

The Takeaway: Metaverse in 2022

The metaverse is an incredibly broad idea, and considering the vast infrastructure required, it will probably not advance quickly enough for the believers. However, it is reasonable to expect more news on acquisitions and key advances in 2022, as current developments move apace and more tech giants (crypto or not) join in to pivot this transformation shift in our digital lives.

Keep a tab on all metaverse news on the blog.