NFTs and Rug Pulls - How to Stay Safe

NFTs are no exception to malicious attacks. Learn how to protect yourself from the ravaging spate of NFT rug pulls. 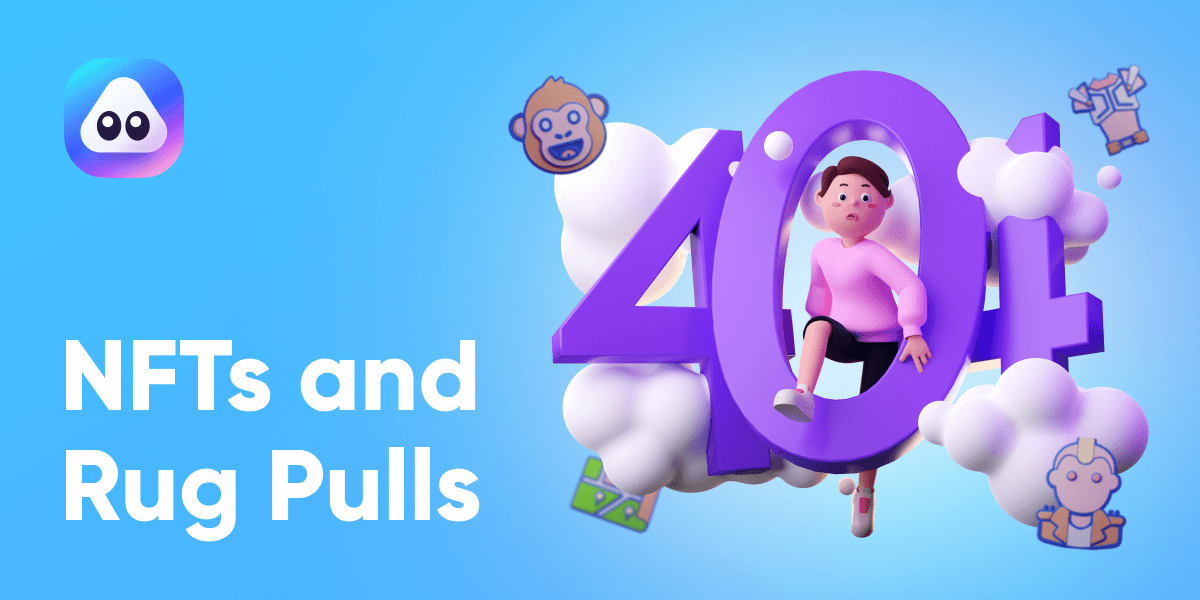 How to Avoid NFT Rug Pulls

Change is a constant thing in markets, and we have seen NFTs take up several shapes and forms since inception. Unfortunately, while the growth cannot be denied, this crypto sector has been plagued with several scammers trying to take advantage of new entrants with their cash-grab ventures. This piece will show you how to spot NFT rug pulls and avoid falling victim to one.

What are NFT Rug pulls, and How Do They Occur?

In its most simplistic form, a rug pull connotes a business exit scam where the founders or lead developers of a project part with investors’ funds after fundraising. These founders often come with enticing plans but neither execute the projects nor help investors get returns on their capital. Rug pulls are not novel scams in crypto, a recent one being the squidgame token rug pull that left millions of users in despair after the founders cleaned out up to $3 million of users’ funds.

For NFTs, there are numerous ways in which rug pulls can occur. First, these projects might offer presales of their NFTs, with grandiose promises on how they are the next best thing and fixed release date. Then, after minting the tokens, common sequel include:

NFT rug pulls often come with early red flags such as the following:

Avoiding NFT rug pulls ultimately comes down to doing due diligence and noting early warning signs. Hence, you must always conduct proper research before investing in any project.

Thankfully, you can stay clear of rug pulls by investing in verified projects on AirNFTs.