With the Ethereum merge, Ethereum is now different. But what does this mean for you, the average NFT holder? Find out here. 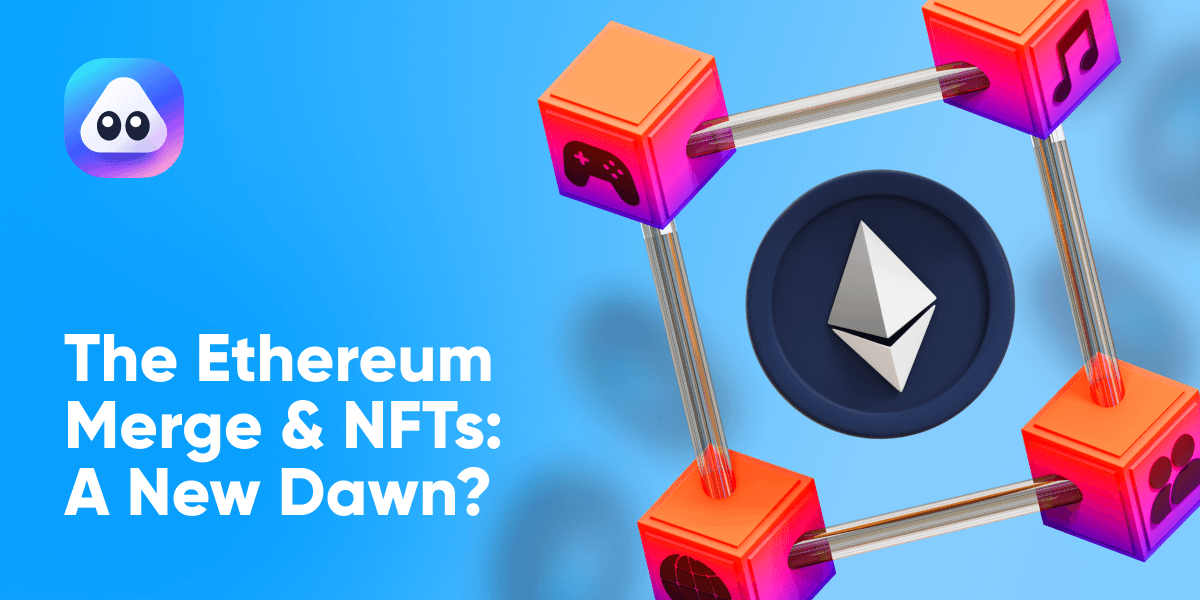 If you have been following crypto news, you must have heard of The Merge– a term that refers to Ethereum’s switch to a proof-of-stake consensus protocol. On September 15, the long-awaited Ethereum merge with the Beacon chain was finalized. Shortly after, Vitalik Buterin, Co-founder of Ethereum, took to his Twitter page to congratulate everyone that  made the merge a success and laid out the plan for Ethereum’s road to 100,000 TPS.

NFT artists were not left behind. Popular NFT artist, Beeple, released an illustration celebrating the successful transition to the proof-of-stake and was joined by several other similar ‘merge arts’.

The Rationale for Ethereum Merge

Seven years after its launch, Ethereum has enough reasons to switch from Proof-of-Work (PoW) to the proof-of-stake model. Two of the notable issues are energy consumption and scalability.

With the rising worldwide call on the dire need to cut energy consumption and embrace renewable energy for climate change, the blockchains operating under the Proof-of-Work (PoW) consensus protocol have come under fire for their excessive energy usage. Bitcoin and Ethereum are at the forefront of the PoW model, and when combined, they use up more energy than several countries to validate their transactions.

The need for special computers to mine blocks requires so much energy and negatively impacts the environment. This is why Tesla CEO, Elon Musk, suspended the acceptance of Bitcoin as a means of payment for his company last year.

Ethereum’s scalability trilemma has given rise to several layer-2 blockchains usually touted as “Ethereum Killers.” Ethereum, while servicing the most significant use cases in crypto– Defi and NFTs, could only process between 15-30 transactions per second. The PoW model caused network validators, or miners, to prioritize higher-paying transactions. Hence, any little traffic slows down transactions and shoots up fees. Gas fees have gone as high as 10 ETH per transaction, making the network unfavorable for small-sized investors.

Although it has been explained that The Merge will likely not reduce transaction fees, improving scalability will minimize network congestion and downtimes. Also, reducing energy consumption by 90% is a big win for the ecosystems: the actual planet: fewer emissions and better climate– and the crypto space: one less tool in the detractors’ shed.

What does the Ethereum Merge Means for NFTs?

As an NFT investor, the only things that matter are the metrics– demand trading, volumes, transaction fees, etc. The Ethereum merge does little to nothing on the numbers side. However, here are two ground facts: less energy and more upgrades.

You must have read think pieces citing NFTs as bad for the planet because of how much energy they consume. This is due, in large part, to its underlying blockchain. With the Ethereum merge, trading NFTs on the Ethereum blockchain comes with 90% less energy, a significant cutdown.

Also, the Ethereum Merge is only one step in the development of the network. The subsequent phases for the Ethereum network are The Surge, The Verge, The Purge, and The Splurge. Major upgrades we will see include rollups being introduced to the network, the Merkle update, and reducing the hard drive space for validators. Buterin has explained that the Surge rollout will lower the cost of transactions and increase transaction speed.

Although the plan is not all-encompassing, as several new developments will find their way into the network as time progresses, seeing the Ethereum Merge happening according to the plan shines more hope on the feasibility of the subsequent upgrades, and this is some good news.

The AirNFTs and Ethereum Merge

The Ethereum merge might have been completed, but another “merge” is left— AirNFTs and Ethereum. While Ethereum is on a mission to create the best blockchain for decentralized software, we are also working to develop the most straightforward, cheapest, and biggest multi-chain NFT marketplace for every crypto user.

Ethereum NFTs will be available on the AirNFTs marketplace soon, and you can be the first to know! How? Stay glued to the blog and our Twitter page.