How to Mint and Earn with your own NFTs on FTM

Minting NFTs on the Fantom NFT marketplace can be very profitable, and AirNFTs is here to make the process even smoother. 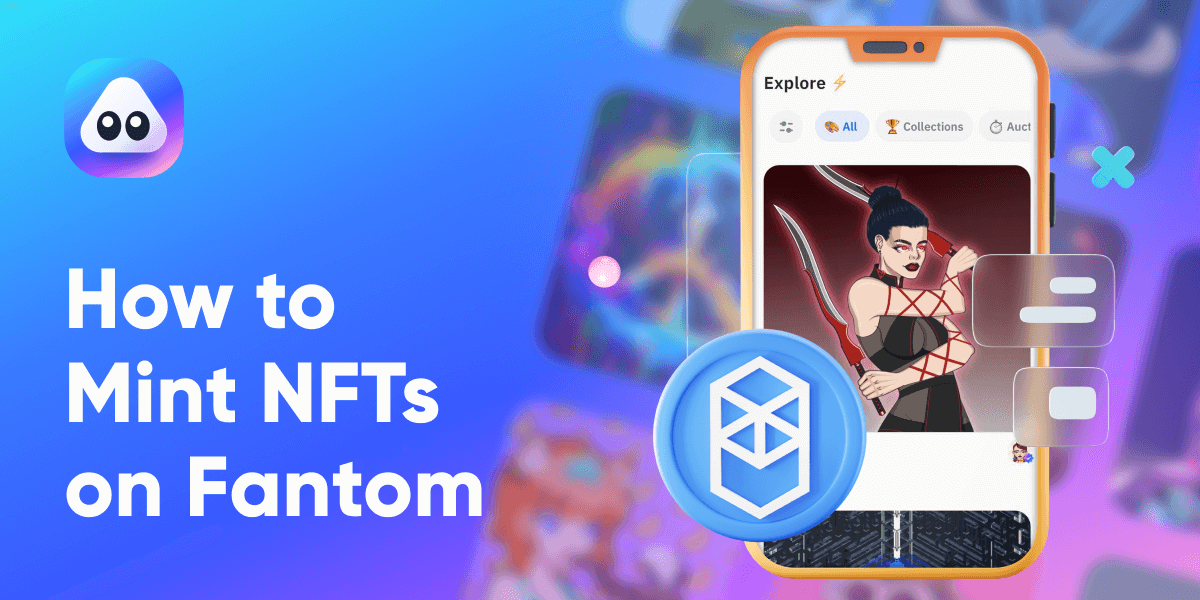 On the Fantom NFT marketplace, NFT projects have proliferated as NFT artists and builders take advantage of the NFT marketplace’s low gas fees and fast transaction speeds that make it easy to create Fantom NFTs, customize and exchange NFTs.

While Ethereum-based NFT marketplaces have been making waves over the years, FTM, with its insane transaction speed and ridiculously cheap gas fees, is about to propel the NFT market even further.

In a word, the Fantom NFT marketplace is:

When it comes to speed, Fantom NFT marketplace relies on its high-speed consensus mechanism, Lachesis, which allows tokens or NFT assets to run at unprecedented speeds.

Minting on the Fantom NFT marketplace is both cheap and efficient. In other words, it costs less than a dollar to create your NFTs.

With staking and holding of FTM, owners can vote and propose some changes.

How does it work?

Its functionality can be understood around the following key components:

The Fantom NFT marketplace ensures that each of the blockchain-powered networks is working independently of each other, which helps to scale these networks for performance independently without being too much worried about the congestion.

Any technology product, in order to scale, must be highly decoupled and follow the principle of modularity. The Fantom blockchain has adopted this principle, which is made possible by Lachesis.

The Fantom NFT marketplace is secured by Proof-of-Stake. Unlike Proof-of-Work, used by Bitcoin and Ethereum, Proof-of-Stake prevents centralization and saves electricity. Lachesis can provide institutional-grade security to distributed networks. ‍

Like most blockchain platforms, the Fantom blockchain is also open source and committed to creating building blocks that anyone can use and adapt to their needs. Also, because Fantom is permissionless, anyone can become a validator by running its node.

How to mint NFTs on Fantom NFT marketplace?

The Fantom NFT marketplace on AirNFTs works similarly to other networks. After funding your Trust Wallet or MetaMask with FTM, open the in-app browser and follow these steps:

1. Go to www.airnfts.com and click on “Trade NFTs Now,”

3. Click on “Choose File” to add your file. Files must be less than 10 MBs. Only original pieces are allowed,

4. Add the Name and Fill in the “Description box,”

5. Enter the price (in FTM), the platform automatically shows the current USD equivalent,

6. Hit “Approve”, pay storage fee (the smaller image the less you pay, try to use tinypng.com) and hit create to mint.

7. Wait a few seconds, a second screen will appear to pay the network fees to the miners who will put your Fantom NFT on the blockchain.

And there you have it, your first Fantom NFT asset on the Fantom (FTM) blockchain through AirNFTs marketplace.

With its low gas fees and ridiculous transaction speed, Fantom NFT marketplace is set to compete with other NFT marketplaces as it attracts more NFT creators.