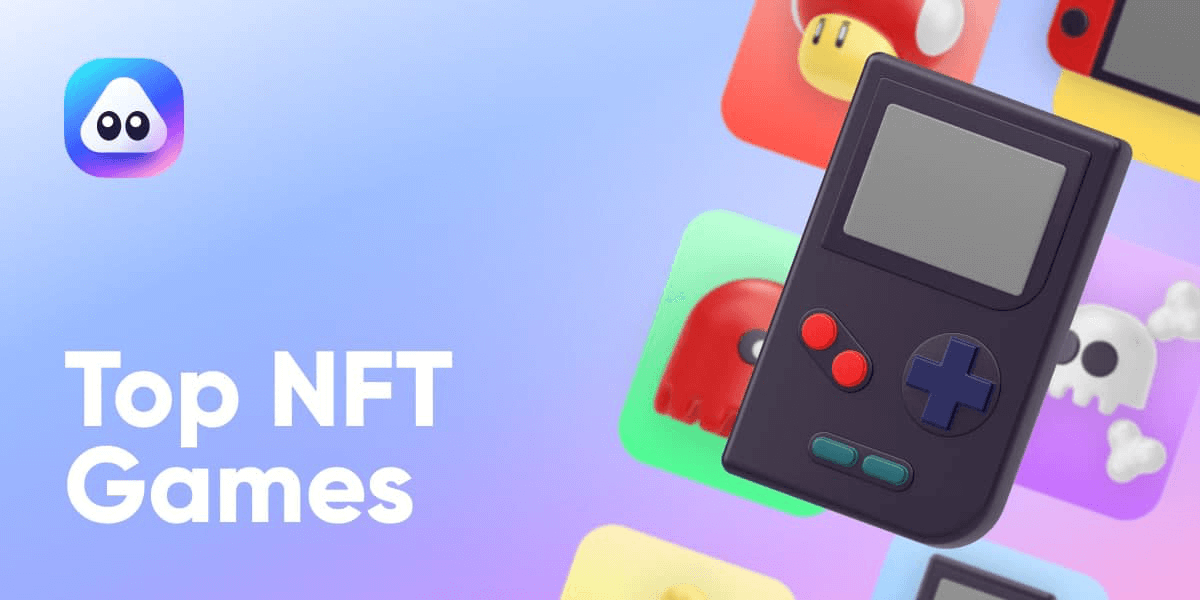 Since their introduction, non-fungible tokens (NFTs) have proven their ability to transform the gaming industry. In recent days, nothing has been more entertaining than blockchain-based NFT games. NFTs are bringing out a new era where crypto-gaming enthusiasts are going crazy for these exciting games, especially since they come with increased profitability that allows you to trade your items and in-game characters with other players. The majority of free NFT games promise a triple-digit percentage or more return on investment (ROI).

What are NFT Games?

Video games are one of the markets where NFTs can play a role in driving growth, as they allow content developers to monetize their creations, while players can earn cryptocurrencies by engaging with the content.

In videos games, NFTs are used to create characters, avatars, and items that players can collect to facilitate their play and trade with other players. The value of an item depends on its use and rarity. Developers set up smart contracts that define how NFTs work in the game. The contracts are stored on the blockchain. In-game assets are traded as if they were physical assets.  One of the first games with NFT characters was CryptoKitties, which launched in 2017 on the Ethereum blockchain. In CryptoKitties, players collect, breed, and trade digital cats. Each cat is a unique NFT. Smart contracts define their characteristics and scarcity, which in turn determine their value on a given NFT marketplace, such as AirNFTs.

Some Play-to-Earn NFT games are designed as metaverses, in which players can receive rewards for playing the game and advancing their skills. The games reward players with cryptocurrency tokens, which they can use to buy NFTs.

In this article, we present you the top 10 NFT games you should keep an eye on in 2022 according to DappRadar’s ranking. You will find some free-to-play NFT games, play-to-earn NFT games, and other blockchain games.

Splinterlands is one of the most popular tradable free-to-play card games, with more than 260,000 users daily. It’s regarded as the currently most frequently played game in the blockchain space. Since it falls under the category of play-to-earn (P2E) top NFT games, you can earn non-fungible tokens and digital money just by merely playing it. To start playing this amazing NFT game, you need to purchase a starter pack of cards, the next step is to register a steam account that will allow you to unveil the cards you bought on Splinterlands.

Aliens Worlds is an impressive addition to the play-to-earn NFT games list. This is a play to earn metaverse-based game that has the ability to be built on numerous blockchains such as Ethereum, WAX, and Binance Smart Chain (BSC). The core of the game is based on the concept of exploration and mining, which leads to the discovery of in-game asset-based NFTs which are traded over secondary NFT marketplaces such as AirNFTs.

Farmers World is one of the largest community of NFT games with over 150000 players all over the world and runs on the WAX NFT Blockchain. It’s also the first farming game to function on the NFTs platform and allows you to pick for yourself suitable tools, exploit various resources, buy land to build enormous farms, and enjoy the fascinating experiences of a farmer working in Farmers World’s Ecosystem.

Axie Infinity is a trading and battling NFT game in which players collect, breed, raise, battle, and trade creatures called Axies, which are digitized as NFTs. To be able to play, new players have to purchase at least three Axies. It’s a project based on both Ethereum and Ronin (an Ethereum sidechain built specifically for blockchain games), and players earn tokens that are cashed out every fourteen days. Assets that are collected in the game can be exchanged as NFTs, including virtual land.

Upland is a property trading game with real-world addresses. Users can buy, sell and trade virtual lands and properties replicated in the real world. By becoming a digital landowner, users can build properties and earn UPX coins (a fungible token on the EOS blockchain, similar to any cryptocurrency). The project uses blockchain to link each property on the Upland platform to an NFT.

Crazy Defense Heroes mobile game is the basis for an upcoming tower defense game on blockchain that uses NFTs and the TOWER ERC-20. The game will be a tower defense game, bringing the key elements of the Crazy Defense Heroes and Crazy Kings mobile games to the blockchain. Tower will be used as the main currency in the game, to purchase items such as NFT game cards, or to pay registration fees for games or tournaments.‍

SecondLive is a Binance Smart Chain (BSC) based virtual life game where you become your ideal virtual avatar and do many real-life things in different spaces, such as virtual exhibitions, singing and dancing, shopping, and handling business.‍

Bomb Crypto is among the Play-To-Earn NFT games built on the BSC network, where players manage a group of bomb heroes or cyborgs programmed to search for BCOIN (the BEP20 token that allows holders to play, exchange, invest and also be part of the game ecosystem development) and fight monsters.‍

CryptoBlades is a play-to-earn NFT-Role Playing Game developed by Riveted Games. The game revolves around the acquisition of legendary Blades and the powerful Heroes who wield them. Players may participate in combat using their assets to earn SKILL tokens (the governance token for the game). Assets are players-owned NFTs minted to the ERC-721 standard and may be traded on the proprietary marketplace. CryptoBlades utilizes a play-to-earn model by distributing SKILL gameplay and giving value to player NFTs by increasing their use through future features. CryptoBlades can grow and reward like no other game on the internet, thanks to the power of blockchain and BSC.‍

DeFi Kingdoms (DFK) is a game, a decentralized exchange (DEX), a liquidity pool (LP) opportunity, and a market of rare utility-driven NFTs, that all plays out seamlessly in the incredibly nostalgic form of fantasy pixel art. DeFi Kingdoms blends the appeal of decentralized finance and the current rise of Play-to-Earn economics. It is live on both Avalanche and the Harmony ONE network.

NFT games mix popular game genres with aspects of blockchain, making them particularly useful for establishing rarity and uniqueness. Currently, play-to-earn NFT games have proven to be the most dominant force in the crypto space. By now, you should be familiar with NFTs in the gaming industry, as well as the opportunity for gamers and entrepreneurs to profit from them.

Keep an eye on our blog and social networks to keep up with NFT trends.